Blind Side The Bookies On New Year’s Day

Cheltenham’s New Year’s Day fixture looks a real competitive affair with seven races kicking off at 12.15 including the Dipper Novices’ Chase and the Relkeel Hurdle, both Grade 2 affairs. 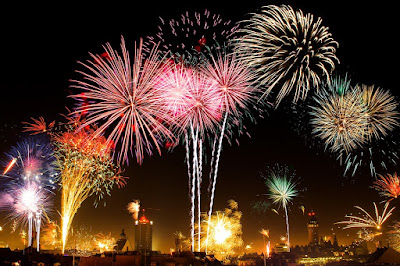 Yet more Festival clues could present themselves over the course of the afternoon and it’s a festival favourite trainer who may be responsible for getting us off to a great start:

In winning his only race under rules, I Can’t Explain created quite an impression on very soft ground three weeks ago and there’s no reason why he can’t go on from that run and set himself right up for a crack at the Festival in March.

He’ll need to prove he can stay the extra four furlongs of course but on slightly better ground it shouldn’t be a problem and all being well Nicky Henderson’s six-year-old should comfortably have too much for the likes of Darlac (Colin Tizzard) and Anemoi (Harry Whittingdon).

There are some solid chances at the top of the weights, especially Rolling Dylan who has a chance of further improvement and who can outclass most players in this race.  He may not though have enough at the weights to quite beat one of the bottom horses in the shape of Some Chaos.

Michael Scudamore’s 7yo gelding has done well from a lowish base in his three chase races to date though you feel his value price is based on his last run when beaten at Wincanton.

Having won very easily off marks of 102 and 109 he was runner-up off a much higher rating of 122 leading many to think he’s handicapped up to his best, but the fact is he probably wanted the ground a little softer that day and he can improve further now to perhaps see off this field.

This race should still be run at Newcastle in all honesty, but away from that slight moan we do have a high quality novices’ chase to enjoy and it’s one in which we are backing pure potential as our selection hasn’t yet gone over fences.

Nicky Henderson’s On The Blind Side reached a good level over hurdles in no time at all and it’s thought he’ll be better over the bigger obstacles.  Having been off the track over eight months and had a wind operation we are relying on a master trainer having him here in good form and I don’t think that should be a problem.

If he is at his best, Nico de Boinville’s mount should be capable of reaching a level approaching the 160-mark and that would make him just too good for Crucial Role at a very nice price and, at these weights, for Defi Du Seuil too.

This is a very close, very tight and very competitive handicap chase and so it was virtually impossible narrowing down this field.  Every runner has been rated independently and while it’s obviously a close call, Born Survivor comes out just on top.

Dan Skelton’s 7yo gelding came back for the season with an improved display when scoring easily on good ground at Wetherby back in November though a look back at his hurdle form suggests he may be better as the season goes on with more cut in the ground.

Harry Fry’s Acting Lass and bottom weight Dustin Des Mottes come out best of the rest though absolutely nothing in this field can be discounted with any confidence.

We thought the last race was tight and competitive but even that has nothing on this race!  Even seasoned racegoers will just stick a pin in the paper at this one but for what it’s worth our private ratings make Nautical Nitwit the most likely scorer, though not by very much.

His win at Wetherby in November was good enough but he may improve more for a proper test and so I can see Cheltenham suiting him just fine.  We could name half the field as his competition for places but Aux Ptits Soins and Vive Le Roi are probably just about the best of them.

Nigel Twiston-Davies’ Wholestone will be hugely popular and fair play; he’s very consistent at this sort of level and knows this place well.

Paul Nicholls’ runner Old Guard however has tons of experience and has been kept busy this year but the thing that sticks out is his improved performance at this track in November.  The course suits him and despite having already run in 30 hurdle races he seems capable of a personal best and that would be good enough to win this.

Evan Williams’ Clyne, in receipt of 6lbs from the main protagonists, has every chance of getting in on the act under jockey Adam Wedge.

Naturally there isn’t much to go on here in terms of form, though this Fearless rates just about the best of them and so piecing that together with the fact he was sold for £120,000 after his debut win at Wincanton makes him statistically the most likely winner.

Having made all to dominate his field last time it would appear the demands of Cheltenham can coax out the appropriate level of improvement and so he can stake a claim for a return to Prestbury Park for the Festival in March.

Martyn Meade’s Cascova looks best of the rest having won at Huntingdon, though he got the job done without too much to spare and could be challenged for place money by Doncaster runner-up Fuseau.